Prices in US dollars 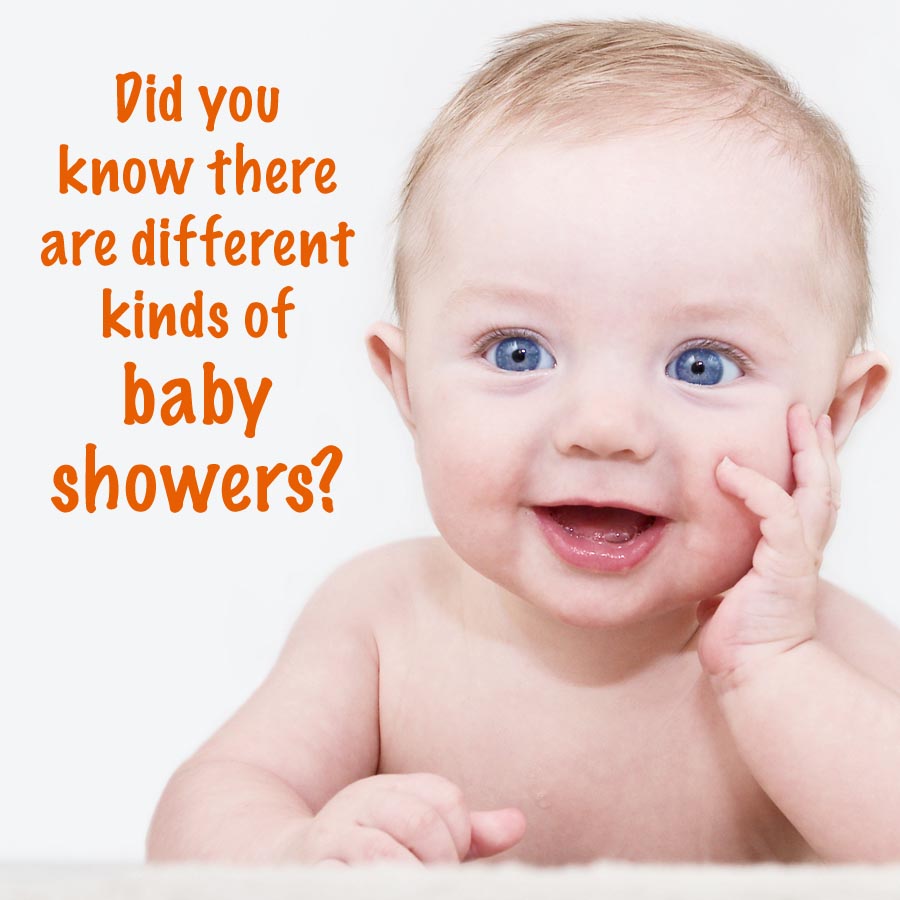 Traditional baby showers in the US are held 4 to 6 weeks prior to the baby's (or babies') due date. Traditionally these showers would be either gender themed or gender neutral with mom-to-be as the guest of honor. These days, some people are opting to host co-parent baby showers for both mom and dad or even hosting a baby shower specifically for the dad-to-be! Examples of themes for baby showers for dads are Beer-B-Q / Baby-Q or baby is brewing.

Sometimes these traditional baby showers are held after the baby is born because in some cultures it is considered bad luck to host an event prior to the baby's birth.

A Sip & See baby shower is held after the baby is born. It's a new idea and it allows guests to come by, sip some drinks and have a few snacks and see (meet) the baby. Often these are less involved events or open houses hosted by the parents. These are usually held at the parent's house 2 to 8 weeks after the baby comes home. This type of event is meant for close family and friends. Couples and kids are typically invited.

Note: Parents can host a Sip & See even if they had traditional baby showers thrown for them. Oftentimes these Sip & See showers are not centered around gifts, but instead are centered around having close friends and family meet your new baby at a low-stress gathering. So it is fine to host one even if many of your guests have already attended a baby shower for you.

A Baby Sprinkle Shower is a low-key event intended to celebrate the birth of a second, third, etc. child. These typically have fewer guests than baby showers for first born children. They are helpful for parents whose second child is a different gender than the first or if there are quite a few years between pregnancies. 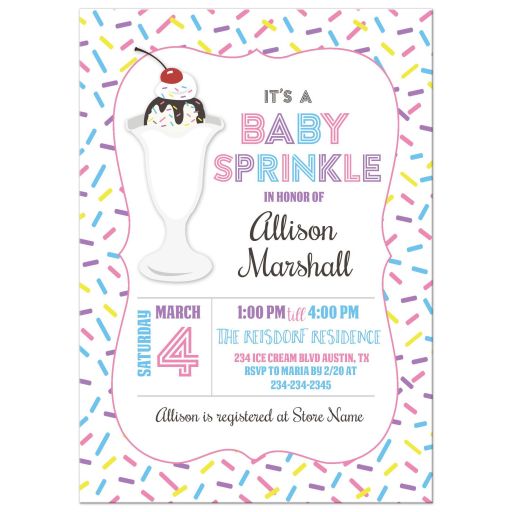 A Gender Reveal party is also a new party idea. The idea is to throw a party to reveal to your close family and friends the baby's gender. These parties are thrown about 20 weeks after gestation. It is especially fun if, at the party, the parents also find out the baby's gender.

The parents plan an ultrasound with their doctor but instead of the doctor saying the gender out loud, he or she will write the gender on a note and slip it inside of an envelope. A fun idea is to give your baker the note and have them bake a cake or cupcakes with either pink or blue centers and when you bite or cut into them, you discover the gender. That way, the gender can be revealed to everyone, including the parents, at the party. There are lots of other creative ways of revealing the baby's gender as well. The internet has lots of great ideas.

Some people take this one pretty far and actually hire an ultrasound tech to help discover the baby's gender at the party!

Note: gender reveal parties are controversial for a number of reasons. However, people have been hosting them for about 8 years now.

An Adoption Shower is a baby shower for parents adopting a child. This is like a traditional baby shower. The difference is that the date of the shower is often determined by when the adoptive parents feel the time is right for the party. This may mean the party is not held until after the child has arrived because adoptive parents need to be sure the adoption will go through. If there is certainty before the child arrives, they may choose to have the party before.

Listed above are the basic baby shower party types. It's also good to understand another aspect of some baby showers. Sometimes baby showers also have specific "gift related" requests.

Some examples of these are "bring a book", "diaper raffle", and "wishing well". 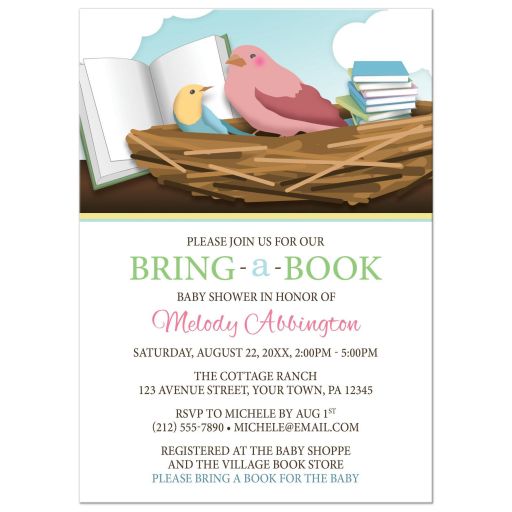 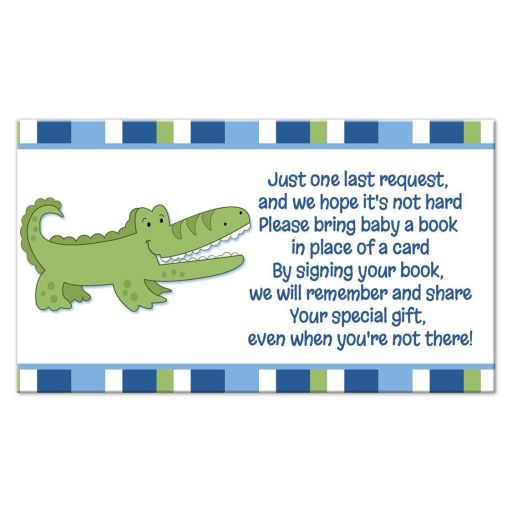 A diaper raffle party will raffle off a gift to any guests that bring a package of diapers as a gift. Like the bring a book idea, the diapers may be requested in addition to other gifts. 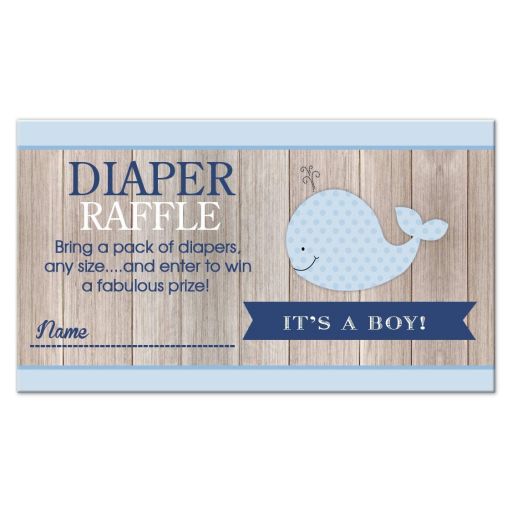 A wishing well is usually intended to mean that each person brings a small, unwrapped, untagged gift, such as a pacifier, bottle, baby shampoo, etc. and brings it to the party to add to the "wishing well". The "wishing well" is often a basket made to look like a traditional water well.

Sometimes a wishing well is a money gift request. The money is deposited into the wishing well. This kind of baby shower is sometimes thrown by coworkers and the money is pooled afterwards and used by the host to purchase a gift for the baby.

There may be other similar "gift request" ideas out there. These are just the more common ideas we've seen. Whatever the request is, it should be clear on the baby shower invitation what is expected of the guest. Or, as shown above, there may be an enclosure card that indicates what is requested. 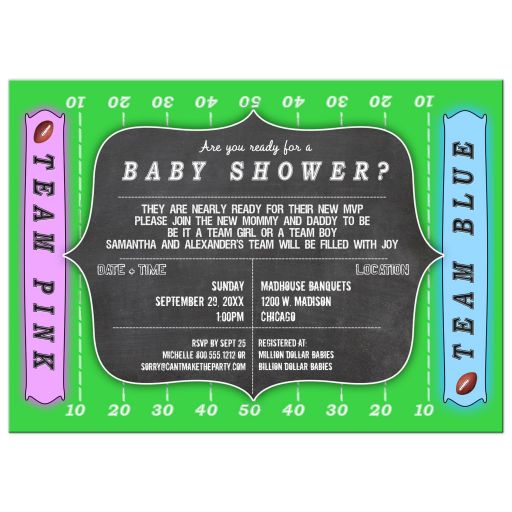 Sign up for our newsletter to get the latest info on our promotions!